How to Crack a Whip 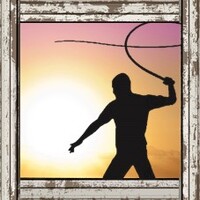 The stockwhip, which is the most common type of whip used in Australia is said to have originated from the English hunting whip has evolved into it’s new type.

The stockwhip, which is the most common type of whip used in Australia is said to have originated from the English hunting whip has evolved into it’s new type. It was designed to move herds of cattle by the crack which encourages the animals to keep moving. They can also be used as weapons against snakes and to toe horses.

The crack of a whip comes from the tip travelling fast enough to break the sound barrier and creates a sonic boom. The loop travels along the whip, gaining speed until it reaches the speed of sound. Whip cracking is even considered a sport in some places as it requires great skill and accuracy to get it right.

So how do you crack a whip correctly? Well, it takes some practice but when you get it right, it is a real accomplishment. Here is how to do it correctly in a few simple steps:

*Always practice whip cracking outdoors and clear from any people, animals or obstacles*


1. Hold the whip correctly
Place your feet a shoulder-width apart and hold the whip firmly. with your dominant hand.

2. Place the whip in starting position
Make sure the whip is not tangled or bunched, trailing straight back behind you and perpendicular to your hips. The whip must always be safely behind and to the side of your body. It does not need to be perfectly straight but make sure the whip wont catch on your legs as you bring it into snapping position.

3. Practise smoothly bringing the whip straight up in the air
With a firm grip, bring your arm straight up to the 12 o’clock position with the whip pointing at the sky. Keep the elbow locked up with the motion and your arm straight. To get the crack, let your elbow bend naturally and snap your arm down infront of you, keeping the whip clear from your body. Practise bringing the whip up smoothly and let the weight of your arm falling. It should not be a jerking motion but a swift and smooth action.