Allingtons Blog | What Makes you Aussie As....

What Aussie words & phrases define you? Are you Aussie As….“a late-night trip to Macca’s”, “shrimp on the barbie”, “Cricket at the G”, “a Fair Dinkum’ good time”, or just simply “G’day Mate!”.

A short trip back to Christmas 2020 saw the launch of our Allingtons “Aussie As….” Range, with a very modest collection of travel mugs and drink bottles. Fast forward to the very quickly approaching Christmas of 2021, and we can confidently say that our small range was a big success.

The Aussie As…. Component of the range name was intended to be thought-provoking and to inspire you to consider what defines you as being Aussie? For me, there is nothing more Aussie than the wide-open spaces, the fresh country air, and the opportunity to embrace the ever-growing melting pot of cultures of this beautiful land.

What rings true for you? Are you Aussie As….“a late-night trip to Macca’s” or “shrimp on the barbie”, “Cricket at the G”, “a Fair Dinkum’ good time” or just simply “G’day Mate!”.

For many, the phrase might be finished with one of the thousands of colloquialisms and seemingly made-up words that are uniquely Australian and often have tourists scratching their heads wondering what on earth is going on. I suppose that is understandable when last night can be defined as having “Swung by the serv-o on my way to the bottle-o for a six pack, before headin’ out to Davo’s for a ripper of a night. Hit up Macca’s on the way home and hoping that the Mrs doesn’t do her block for gettin’ in late….but yeah, nah, she’ll be right…” Hmm… see what I mean?

Shall I translate for those not so accustomed to the Aussie vocabulary?-

“I drove to the service station last night, on my way to the liquor store where I purchased 6 bottles of beer. Then I drove to David’s place and had a wonderful night. On the way home I went through the McDonald’s drive-through, all the time hoping my darling girlfriend/wife/partner wasn’t going to be angry at me for being home late. It’s alright though, everything will work out in the end...” Thinking about it, it doesn’t really have the same conversational flow hey? Or maybe I’m just too used to going to the serv-o and then a Macca’s run on my way home!

This got me thinking about where all these words came from in the first place and why Aussies are so intent on shortening and even coming up with seemingly illogical alternative words for almost everything!

Let’s consider a trip to the beach. It is perfectly normal for a person to grab their cossie or togs, fill the esky up with ice, and head to the beach for the arvo.

Have you ever considered why cossies and togs are bathing suits and an esky is a box of ice that is intended to keep things cold? At least arvo has some sort of resemblance to the time of day, loosely at that. Cossie it seems is short for bathing costume and has been a popular term used by beachgoers for eons. ‘Togs’ is a little more steeped in history. According to BBC Travel ‘togs’ is the abbreviation for the word Togeman, or a coat, an old English word dating back to the 16th century. Over time, the word became a collective term for clothes and abbreviated to togs. It is believed the white settlers bought the term to Australia in 1788. By the 1930s the term was rather exclusively used in Australia when referring to bathers or swimwear.

Now the humble esky, the saving grace of barbeque lunches and the keeper of cold drinks on hot summer days (and possibly the cause of a few crook stomachs the following day!....crook meaning sick, ill, food poisoning maybe?). Wikipedia, a truly reliable source, tells us that the esky is simply a shortened version of Eskimo, and we all know where Eskimos live, in the cold. So the most logical of deductions is that the esky is an esky because Eskimo’s live in the snow, snow is just powdered ice and ice goes in the big plastic (or fiberglass, or foam if your old school, or some fancy new-age material on the market these days if you’re a glamper) box. Therefore, it makes perfect sense to call it an esky!

At this point, I do need to throw in an honorable mention for the term ‘Budgie Smugglers’. Aussies have been calling this brief style swimwear worn by men ‘Budgie Smugglers’ since the 1990s. According to my new friends at BBC Travel, the first documented reference to Budgie Smugglers was believed to be in a tongue-in-cheek doco that aired just prior to the Sydney Olympic games in 2000. So typically Australian, why not launch the term on national television!

Notable contributors to the rise in popularity for the term is our very own, once PM Tony Abbot, after a very, somewhat awkward-looking photo graced our screens in 2009. I bet you’re Googling now, aren’t you!? Don’t say you haven’t been warned, you can’t unsee this one!

What about those phrases that get bandied around like it’s the most natural thing on earth. Having a ‘Captain Cook’ (a sticky beak or a good look), smothering your pie in ‘Dead Horse’ (that would be tomato sauce). Saying old Bob up the road is ‘a few sheep short in the top paddock’ (lost the plot and gone a bit loopy). Or for those who love a good goss session (that would be a gossip session) “What’s the John Dory?” And finally, I’m really not sure what exactly ”Flamin Galahs” are, nor what they represent, maybe that’s a question for Alf Stewart over in Summer Bay.

At the end of the day, who really cares where these words and phrases came from, and how, over time we have made them part of the Australian language. We will just continue to use them in ignorant bliss and assume that everyone around us knows what the dang we are on about!

Let us know in the comments below what your favorite Aussie phrase or word is, and what makes you Aussie….and proud of it. 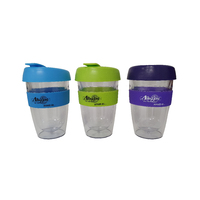 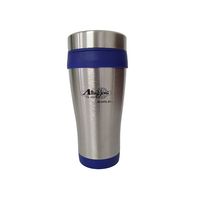